We work at the grassroots level throughout the Muslim World to counter violent extremism before it takes hold, to promote tolerance and understanding, and to foster better relations with the United States. 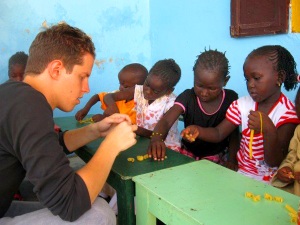 Earlier this year, the State Department’s Farah Pandith and Hannah Rosenthal launched the “2011 Hours against Hate” campaign. The idea behind the campaign is that by volunteering with “the other” we each can play a part in dispelling stereotypes and moving beyond opinions that are ground in ignorance. 2011 Hours resonates with me personally, and there is a natural overlap with the America’s Unofficial Ambassadors (AUA) initiative I direct at Creative Learning.

It is fitting that Pandith and Rosenthal launched the campaign together. They are the State Department’s Special Representative to Muslim Communities, and Special Envoy to Monitor and Combat Anti-Semitism, respectively. I met with each of them last week, and it was refreshing to see a joint attitude toward intolerance, rather than the narrower, and more common, “What’s in it for me?” approach.

Whether you are an African-American teenager volunteering at an old age home in Chicago, an Egyptian Copt teaching computer skills to Sudanese refugees in Cairo, or a Jewish-American teaching English at an orphanage in Jakarta, volunteering “against hate” means breaking stereotypes by building something together.  To be a part of the campaign, you have to volunteer with or on behalf of “someone who doesn’t look like you, pray like you, or live like you.”

Actually, I was part of the 2011 Hours before I knew the campaign existed. I spent this past winter and spring teaching English at the Arab-American Association of New York. Every Friday, our class read newspaper articles, filled out job applications, and constructed paragraphs about our lives. I never really thought of it as combating hate, just being useful and helping new immigrants get along. As I reflect on it though, I love that that small deed added up to something larger.

With 2011 Hours, my volunteering can be linked to the small deeds of 1700 (and growing) other people around the world. According to the 2011 Hours’ Facebook page, the campaign has demolished its goal of 2011 hours of service. At last count, volunteers all over the world have committed more than 10,000 hours of service this year.

The campaign against hate is a non-governmental initiative. Both Hannah and Farah stressed that they are thrilled to have put the idea out there and are enjoying the directions in which others have taken it. At America’s Unofficial Ambassadors, we want to encourage you “to go big” against hate in a specific way: volunteer in development in the Muslim World.

Now more than ever, we need to build more people-to-people relationships, and we need for those relationships to be grounded in substantive achievements. A May 2011 Pew Research poll showed that only 20 percent of the people in Egypt have a favorable opinion of the United States. The situation is worse in Turkey and Jordan, where 10 percent and 13 percent of the people, respectively, view the United States favorably.

At the same time, Muslim communities around the world are struggling in different areas of human development. In Yemen, a country we usually only hear about for its political unrest, five children are born to almost every woman and 45 percent of the population lives below the poverty line. In Mali, only 18 percent of women can read. 23 of the 42 countries Freedom House ranked as “not free,” in 2008, were Muslim-majority countries. Further, youth booms mean that development indicators are likely to continue to trend the wrong way – the population of the Middle East and North Africa is expected to grow from 311 million in 2000 to 445 million by 2020!

These development challenges add up to a great potential for instability. In America, they are also leading to increasing negative stereotypes, unfortunately. A September 2010 ABC/Washington Post poll found that just 37 percent of Americans hold favorable views of Islam, a number that is down 10 percentage points from a similar October 2001 poll.

America’s Unofficial Ambassadors is aiming to reverse these trends. By the end of 2012, we want to see at least 1000 Americans commit to volunteer a week to a year in the Muslim World. Regardless of your age, religion, ethnicity, or gender, there is something we each can do to build peace and to impact some of the development challenges that, if unchecked, will affect us all. 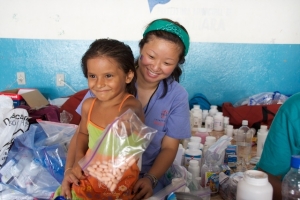 So, what can you do and how?

The AUA initiative at Creative Learning has published the premiere resource for finding a short-term volunteer opportunity in the Muslim World. The AUA Directory, released earlier this year, profiles 59 leading organizations that send or host American volunteers in Muslim-majority countries for short term service in areas of development like education and health. We researched more than 1000 organizations and interviewed representatives and returned volunteers from each organization profiled. You can search the AUA Directory by country, functional area, and duration of service to find the volunteer opportunity that is right for you. The AUA Directory is available, free of charge, at http://www.unofficialambassadors.com/.

So be a part of it. Whether you just retired, you just graduated, or you just need a week off and want to do something that you know will matter. Join the campaign against hate and become one of America’s Unofficial Ambassadors.

This entry was posted on July 18, 2011 by America's Unofficial Ambassadors in Volunteer Related and tagged 2011 hours against hate, against hate, cross cultural, peacebuilding, unofficial ambassadors, volunteer.