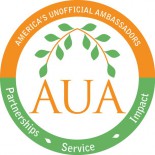 We work at the grassroots level throughout the Muslim World to counter violent extremism before it takes hold, to promote tolerance and understanding, and to foster better relations with the United States.

Shirley Kagan and the Library in Ram

Shirley Kagan was a beloved wife, mother, and grandmother. She was also an unofficial ambassador and peace builder who I was proud to call my friend. Shirley passed away on Thursday night.

Shirley, her husband Irv, and their family had an impact on my life before I ever met them. David Kagan, their middle son, studied Middle East Studies at Johns Hopkins University’s School of Advanced International Studies (SAIS). David died in 1986 at the age of 23. He was a passionate advocate for peace and mutual understanding at a time when such positions were not in vogue. To support David’s hopes and vision, the Kagan family started a foundation in his name, dedicated to advancing peaceful relationships among people of different nationalities and faiths.

One of the Foundation’s legacies is to support a SAIS Middle East Studies graduate student to study Arabic in the summer before his or her second year. I was selected as the David Kagan Fellow for 2001 and have done my best to forge a career that advances the goals that I share with the Kagan family.

In November of 2008, I met Shirley and Irv for the first time. They invited me to deliver the annual David Kagan Memorial Lecture at their synagogue. I was running a small grant program in the West Bank at the time, and the Kagans asked me to speak about that experience and about living and working in the Arab World. Following Shabbat services that day, I shared with 200 some congregants my viewpoints about “the Human Face of the Arab World,” as I put it. I concluded by encouraging the congregation to be a part of the change they wanted to see and to collect their used books for a library in Ram, a city in the West Bank.

Ram, a city of about 65,000 people located between Jerusalem and Ramallah, was cut from Jerusalem by the separation barrier. Jerusalem was Ram’s lifeline, and the Local Council faced the task of providing residents with new schools, a hospital, and a park. With US government assistance, the Council built a library for Ram and its surrounding villages and equipped the library with a computer lab. However, the shelves of the library remained empty; the community couldn’t afford to buy books.

After my speech, Shirley enthusiastically approached me, gave me a hug, and said nonchalantly of the Ram library project, “Yeah, we’re going to do that.” Pointing to her 12-year old granddaughter, she said that collecting the books would be Sasha’s mitzvah project, or service project, for her Bat Mitzvah the next year.

Shirley, her granddaughter, and the rest of the Kagan family ran with the idea. They printed a flyer, reached out to friends, and personally collected more than 1600 books – from Pride and Prejudice to Clifford the Big Red Dog – for children half way around the world who they’d never met and who were supposedly their enemies. They cataloged each book in their apartment on the Upper West Side, put a “Books Building Bridges” sticker inside of each, and packed them into boxes.

And then they waited.

First it was a problem with the Palestinian ministry of culture. Once that was resolved, the real problems began with the Israeli taxes and customs department. The request to ship the books disappeared into a black hole that no appeal could shake free.

In the meantime, Shirley visited Ram in the summer of 2010. She braved a new world, crossed Kalandia checkpoint, and walked a courageous walk. She visited the empty library with Muhanned, the Ram Municipality’s Executive Director and Wafaa, the head of the Women’s Committee, neither of whom she met before. They placed the handful of books Shirley carried with her on the shelves, a down payment on what was to come.

Shortly after returning to New York, Shirley was diagnosed with cancer. She battled it with strength and humor. Along the way, her family continued to wait for permission from the Israeli authorities to send the books. While we pleaded for help in completing this act of selflessness, Shirley was patient and upbeat. If she ever considered this library project a fool’s errand, she never let on to me. All she had was sincere enthusiasm for the prospect of the 100,000 people in the Ram area having access to such a wealth of resources that would help to build a better life and peace.

The books were shipped to Israel last month, almost three years after I gave that speech. They arrived in Ram a couple of weeks ago. We all had a vision of Shirley and Irv reading with the children in the library. Shirley was so enthusiastic about the idea of volunteering abroad one day.

When I met Shirley and Irv three years ago, it felt like I was visiting with family I hadn’t seen in a while. Shirley was that warm and generous a person – a lot of people felt that way about her. I am sad those kids in the Ram library won’t have the chance to feel that way, too. They missed someone special, we all will.

One comment on “Shirley Kagan and the Library in Ram”